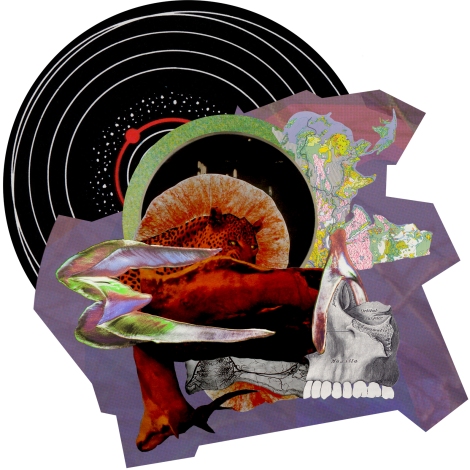 The Receiving End of Distant Messages

Craig van den Bosch has been fascinated with space exploration since he was a child. Seeing images of Jupiter in a National Geographic at age 7 blew his mind. His imagination has been racing ever since.

As an adult, his obsession with space, which was initially ignited by Star Trek and Star Wars, has become ever more refined. He immerses himself in his art practice while also keeping abreast of the latest discoveries, but also posing these ideas as fiction. Imagine DNA-based data storage cells were discovered revealing images and information about a distant civilization from another world. Perhaps this prompted computer scientists to decipher trillions of encoded DNA data strands. These are the types of scenarios that make their way van den Bosch’s current exhibition entitled Transmissions.

40+ years of Voyager 1 and 2 discoveries also influence his artwork, as the planetary systems of Jupiter, Saturn, Uranus and Neptune have become so much more illuminated. As he states, this information has “forever changed how the solar system and the bodies that inhabit its gravitational embrace are understood.”  And even though the contents of those gold discs (the ones Carl Sagan filled with images and sound recordings of an idyllic human experience) may never actually be relayed, there is still the beauty of the idea – a time capsule. A longing to communicate. As van den Bosch says, they “strive to communicate what is most important about a person, community or civilization.”

Transmissions is a visual exploration supposing we are on the receiving end of such a message – a cacophony of questions, possibilities, experiences. It feels like exploration itself with its layers of imagery, dichotomies, colors and surprises. There are even works created with a virtual pen that feel drawn in midair, like a message coming from another world.   Ethereal haikus by Missy Church are also incorporated, keeping it mysterious.