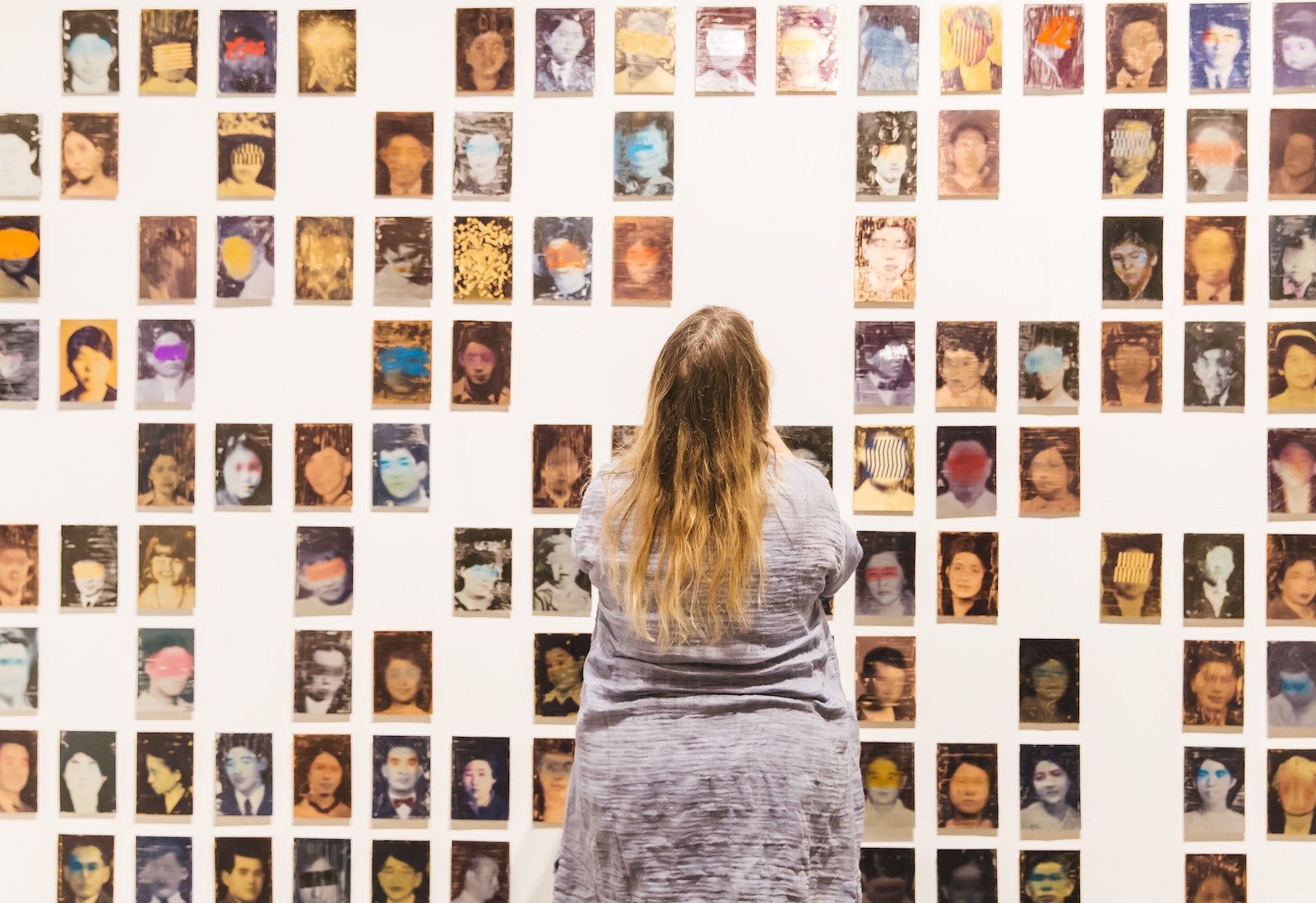 The Blue Angels roared into Seattle this week, ushering in the 70th annual Seafair weekend.  But for the past four years Seafair has shared the civic celebration spotlight with the shiny new kid on the block: the Seattle Art Fair, the brainchild of the late philanthropist, Paul Allen.

Many Seattleites know Microsoft’s co-founder as the owner of the Seattle Seahawks, savior of the Cinerama movie theater, and patron of both the Museum of Popular Culture (MoPOP) and the Allen Institute for Brain Science.

But the philanthropist was also an avid art collector who visited the many established art fairs around the world and envisioned something similar in his hometown.
“He intended it to be a show you couldn’t see anywhere else,” says Seattle Art Fair director Max Fishko. “He wanted to showcase what made the city special.”
Make no mistake, big art fairs like this are commercial enterprises that cater to high-rolling collectors much like Allen.

Sixty dealers from around the globe brought art to the inaugural festival in 2015. Fishko says attendance has almost doubled over five years; 108 galleries are at the Century Link Field Events Center this year, from London, Tokyo, New York, even Ho Chi Minh City.

London’s JD Malat gallery was in Seattle for the first time. They’d heard good buzz about this fair, and traveled half way across the globe to present their artists to a largely West Coast audience. So did Copenhagen’s Morten Poulsen, who brought a small selection of figurative paintings by young Americans.

A dozen area galleries have booths this year, including two from the Skagit Valley town of Edison. Many of those who chose to participate have had good success at previous fairs. Greg Kucera has been a very visible presence at all five Seattle Art Fairs.
“It’s good business,” he says.

A mere 45 minutes into the preview, Kucera had already sold five paintings. That’s important, because he and other galleries shell out tens of thousands of dollars to rent exhibition space at the Events Space.

Seattle’s Woodside Braseth Gallery also has been at the four previous Fairs and once again had a large booth including a quasi-living room set up for visitors to hang out. Owner John Braseth acknowledges the cost, but he believes the Fair is an affirmation of Seattle’s vibrant arts scene.

“Of course commerce is a big part of it,” Braseth says. “But it’s important to sell art to keep brilliant artists in our community.”

Not every brilliant local artist is represented by an established gallery like Woodside Braseth. From the Seattle Art Fair’s inception, these artists have made their presence known through alternative exhibitions like the now-defunct Out of Sight, curated by local artist-entrepreneur Greg Lundgren.
Seattle’s Office of Arts and Culture has taken over the space Lundgren used for that show; art lovers can catch the final weekend of OAC’s current community exhibition by indigenous artists, yehaw’ including panel discussions and performances on the King Street Station plaza.

Meanwhile, Seattle Art Fair expects upwards of 20,000 attendees this weekend; that drew the local collective Shift Gallery back for the third year.

Nichole DeMent, the artistic director of COCA, the Center on Contemporary Art, curated Shift’s offerings this year. She acknowledges not every grass roots or alternative gallery can afford to gamble on representation at the fair, but says it’s a great opportunity.

Many of the people who attend the fair don’t know a lot about the depth of Seattle’s contemporary arts scene. They’re attracted to the Fair by the glitz of the international galleries, and its hipster entourage. If a local artist catches their eye, DeMent thinks, all the better.

Visit Shift Gallery at Booth A43
at the Seattle Art Fair: August 1-4, 2019
Tickets at: seattleartfair.com

The Seattle Art Fair is a one-of-a-kind destination for the best in modern and contemporary art and a showcase for the vibrant arts community of the Pacific Northwest. The fair brings together the region’s strong collector base; local, national, and international galleries; area museums and institutions; and an array of innovative public programming.

Now in our 16th year, Shift was recently juried into The Seattle Art Fair for the third time, demonstrating the strength of our artists’ work and the ongoing efforts of our members.  The Shift model is beautifully simple; total creative freedom, and ongoing participation in working toward the gallery’s success.  Our inclusion in this international fair underscores the legitimacy of the “blank slate” cooperative’s rise in the art world, as more and more artists choose to supplement their gallery representation by staging their own venues–from studio sales to pop-up installations to single-artist art fair booths.